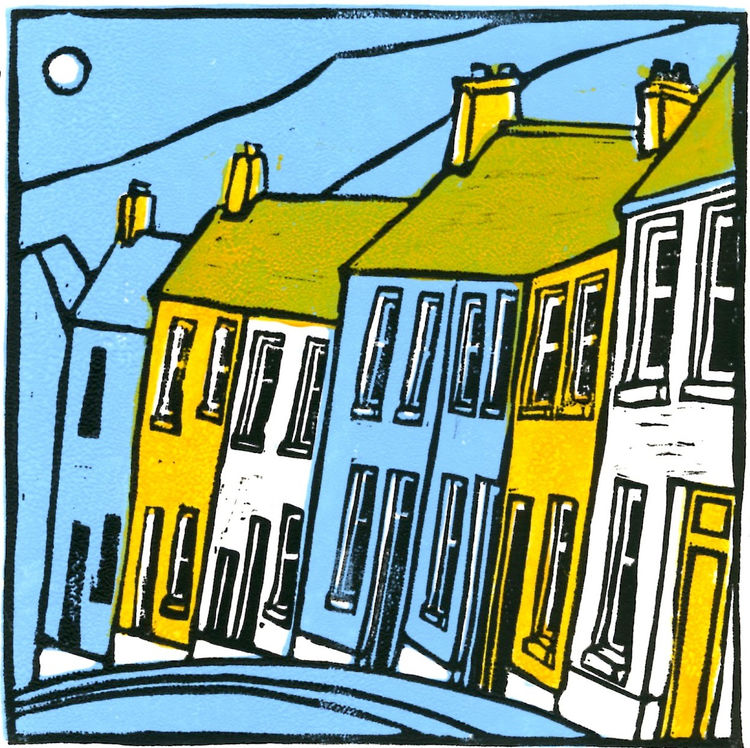 This is one of the first and probably the most popular linocut designs that I made about ten years ago. The image is based on a street in Aberdare, and was made from 3 separate blocks, one for each colour. I wanted a small image that could be easily made by hand, without the use of a press. I was inspired by the early twentieth century printers such as Claude Flight who used multiple blocks that were made with very thin papers and artist oil paints.
Mine however were printed on ordinary cartridge papers with water based acrylic printing inks, and later oil based inks. Whereas the Claude flight school used mainly transparent mediums I wanted images that were definitely opaque and solid. I cut the black outlines of the buildings onto one block of lino which then became the key block. The key block was then inked up and printed onto the other lino blocks which were carved away to produce the other 2 colours, in this case orange and blue.
I still have the blocks 10 years on, and am able to make more prints if needed.
Next
Previous